Interning and Living on Capitol Hill as Monica's Doppelganger

During my two months there I made two dollars a day, allotted a Krispy Kreme donut alternating Fridays, and perfected my online solitaire skills.

I worked for two twenty-two or twenty-three-year-old chummy former southern sorority girls who now, thanks to a call from Daddy, had their first job out of college as department administrators.

One sister said she graduated from “Samford.”  I thought, “This girl was smart enough to get into Stanford, but can’t pronounce it?”

Once in a while, they sent me to hand deliver something to the Capitol, but other than that, I just sat there day after day.

So did the Blue Bell Sorority Sisters.

The department waiting room must have looked a sight.  Everyone with their head bent back slightly with our mouths open.  The result of hours of playing computer games.

We looked like Junior-League dressed zombies waiting to give head to whoever moved the computer monitor out of the way first.

After the semester was over, I was worried about my internship recommendation.  So, I wrote the Blue Bell Sorority Sisters an apology note saying that I wished I could have done more to push the Foundation’s “initiatives” forward.

I wanted, no deserved, that recommendation.  I did not spend months pretending not to care when I wasn’t invited to lunch for nothing!

Ultimately it didn’t matter.  Any potential employer who called was greeted by a new zombie sorority girl who never heard of me and hung up the phone as soon as possible so she could get back to her game of Tetris. 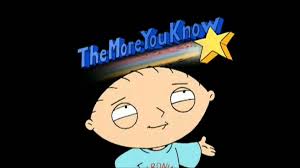 The “Blue Bell” Foundation is not it’s real name!

The Blue Bell Foundation counts Ronald Reagan as a fan.  While they have a lobbying arm now, they didn’t before 2010.  Their purpose as a conservative political think tank is to make hard-line recommendations to policymakers about marriage, religion, accountability of local government, etc.

The Government Relations Department, where I interned, is its liaison arm.

You know, you can also google “think tank” to find this sh*t out…